As a young bloke I recall having a large map of Australia on the wall of my bedroom. Into this I stuck drawing pins indicating places to which I wanted to travel. One of those pins was at the very top of Cape York and it is only now I am much older that I have been able to complete this life-long dream.

My wife and I chose a 12 day, 4WD camping tour that left from Cairns. Along with 11 other passengers we headed north, crossed the Daintree River, called into Cape Tribulation and travelled along the Bloomfield Track to historic Cooktown.

Our journey continued along Battle Camp Road, so called because of the battles waged between the local aborigines and the European and Chinese gold seekers in the area. Once onto the Peninsula Developmental Road we experienced some difficult road conditions and swollen water crossings due to a recent cyclone that had hit the area. The old Musgrave Telegraph Station still had one of the original timber telegraph poles standing near the front gate.

Coen, for many years the northern most town in Queensland, has an interesting museum depicting its history and the stories of the early settlers. We crossed the Archer River and went to Weipa where we viewed some of the mining operations surrounding the world’s largest deposits of bauxite.

Returning to the Old Telegraph Road we travelled north stopping to examine what was left of the old Batavia mining site and helped pull some bogged motorists from one of the many creek crossings. We watched and cheered as a group of quad riders attempted the Cockatoo Creek crossing.

On many occasions we left the ‘main road’ to explore rainforests and hidden waterfall locations. Some of these tracks were designed purely to give Telstra riggers access to service communications towers. Fruit Bat Falls and Twin Falls gave us the opportunity to swim without fear of being taken by crocodiles.

We crossed the Jardine River on the ferry, examined some World War 2 plane wrecks and drove into Bamaga where we joined the locals at the Seisa Fishing Club and watched some Interstate football on the television out on the back grass. The telecast was on relay from Darwin.

From this location we took a ferry to Thursday Island and Horn Island. At these Islands we learnt of the sacrifices of both Aussies and Torres Strait Islanders during the early days of discovery and settlement. 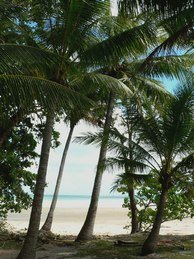 The next day we drove north from Bamaga the 33kms to Frangipani Bay, passing the beginning of the Great Dividing Range and had to clamour over rocks for about half a kilometre to reach our destination, the tip of the Cape. Here we celebrated with some bubbly and numerous photos.

On our return we detoured to what little is left of the old town of Somerset and learned the history of the Jardine Family and the importance of this location as the first port of call for ships in the Torres Strait visiting Northern Queensland. We also were told of the ill fated Kennedy Expedition which set out from Cardwell in 1848. This was the first group to explore the Cape York area and was dogged by sickness and continual battles with the aborigines. Only with considerable courage was the group’s black tracker, Jackie Jackie, able to complete the journey and reach the top of the Cape.

We flew out of Bamaga and returned to Cairns.  This trip provided us with a history lesson, adventure, excitement and a better understanding and appreciation of the Australian bush. 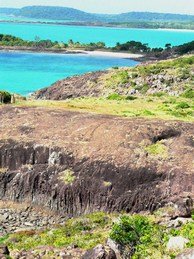 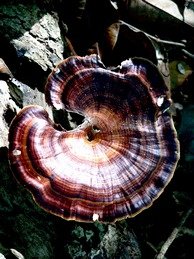 One Reply to “Travel – A Call to the Cape”