Australia in the 1950’s was like a peach blossom on the world’s fruit tree. It was alive and growing after having survived the winter of the Second World War.

It was fragile yet very much alive. Its agriculture, wool, mining and mineral industries were the petals expanding and opening to the world market. Its people were industrious and in the true Aussie tradition, prepared to “’ave a go mate”.

This was an exciting time in which to live. We were constantly being influenced by overseas trends yet, at the same time, we were determined to do things the Aussie way. 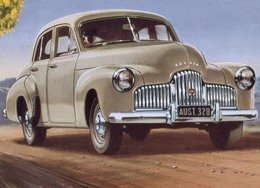 The Cheveys, Studybakers and Fords from America looked great on our roads but the local Holden, while made with a lot of overseas money, was still seen as ‘Australia’s Own Car’. The ute was our own design and GMH advertisements claimed they were ‘A link in Australia’s prosperity – A Partner in our future’.

The early 50’s saw a revolution happening on our radios or ‘the wireless’ as it was then called. As a kid I can never forget the mosquito fighter plane starting up at the beginning of each episode of ‘The Air Adventures of Biggles’. Here was real adventure with Biggles, Bertie, Algie and Ginger.  I was there with them with my ear against the speaker not wanting to miss a word.

Blue Hills was always a favourite as also was a serial mum and dad were keen on called ‘When a girl marries’. We all had to be quiet as we listened to the 15 minute nightly episodes of Joan and Harry’s marriage surviving through thick and thin. It was for ‘All those in love, and those who can remember’.

Quiz shows were very popular with Bob and Dolly Dyer and their Morris Minor competing against their arch rival, Jack Davey and his Ampol Show.

However, radio really peaked during the broadcasts of the Ashes Cricket Tests in England when many Australians, me included, stayed up until the early hours of the morning listening to transferred news from short wave broadcasts. Live shows such as “The Happy Gang” would provide continuous entertainment with a report at the end of each over. Whenever a wicket fell the show would be interrupted with horns and whistles if a pommie had bit the dust and groans if an Aussie wicket fell.

There were not a lot of small or portable sets around in those days and if a family was lucky enough to have a wireless set it was usually a large piece of furniture containing a massive speaker. Not really meant to be moved around, nevertheless, I recall dragging and lifting such a beast to my room where I placed it beside the bed for the cricket broadcasts. I used to love the variety of the Happy Gang presentation. One of their favourite songs was ‘She wears red feathers and a hoola hoola skirt’.

My Grandma usually listened to the wireless on Saturday nights because she loved the wrestling from the West Melbourne Stadium. She was such a delicate sweet lady, I could never understand why she got so worked up over this sport. Whenever I knew she was going to listen to the wrestling I would sneek into the lounge to sit with her and enjoy the broadcast.

Her favourite was always when Chief Little Wolf competed against Dirty Dick Reins. She would get so upset when Dirty Dick produced his lucky horseshoe and belted the Chief. She said that was cheating and unfair. But it was acceptable when Chief Little Wolf got the Indian death lock onto Dirty Dick and threatened to break his legs. It seems the good Chief was a Catholic and anything he did was OK. Nan used to get fairly worked up over the wrestling. 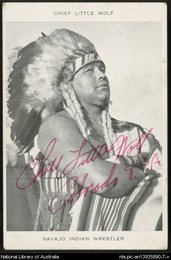 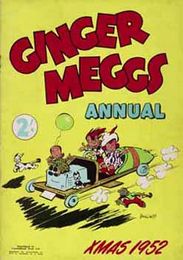 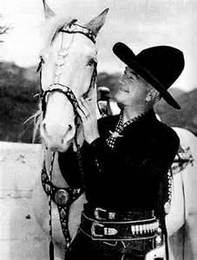 The early 50’s was the era of Ginger Meggs, Vegemite and fun working out the puzzles in Coles Funny Picture Book – the one with the rainbow on the cover. We read in the comics about heroes like Tom Mix, Hoppalong Cassidy and The Phantom, the ghost who walked. We laughed at Dick Tracey talking to headquarters through his wristwatch, not realising technology would take us beyond such activities to the moon in our own lifetime.

The mid 50’s saw teenagers starting to rebel against their conservative parents who had been mellowed by depression and war. The quiet rebellion started with fashion and music.

Iridescent socks of brilliant pink, lime green and turquoise were contrasted with black stovepipe pants, cut at the ankles to ensure the colour clash could be clearly seen above the pointy toed shoes. The hair was plastered back with California Poppy brilliantine or Brylcream where ‘a little dab‘l do ya’.

The girls went for pedal pushers, pony tails and shocking pink lipstick. For formal occasions, a multitude of petty-coats were worn to the local town hall dances and smoking made teenagers ‘look tough’.

The quiet rebellion became a rowdy revolt when Bill Haley and the Comets captured the hearts and the repressed primeval rhythms within the youth of the country with ‘Rock around the Clock’. Blackboard Jungle which shocked our parents was our favourite film. Elvis Presley became the idol of both male and female rockers with ‘Rock ’n Roll being seen by many adults as ‘the devils music’.

In 1956 we got TV in our town and we would make an evening pilgrimage, armed with our fold up deck chairs, down to the local Veal’s store window. Here we would take up positions to watch the wonders of this new form of entertainment. Later, after the ‘rich’ bought their Admirals or Astors, I would ride a push bike 10 miles each Friday night to a friends place just to watch Grahame Kennedy on ‘In Melbourne Tonight’. 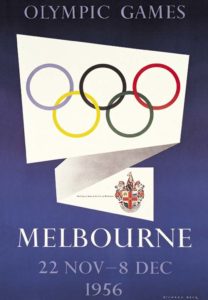 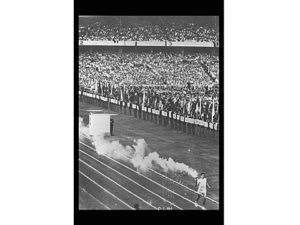 It was 22nd of November of that same year when I attended the opening of the Olympic Games at the Melbourne Cricket Ground. A spectacle I will never forget. We watched as Ron Clarke carried the Olympic flame on the last lap before he lit the giant torch signifying the opening of our Olympics.  This was followed by days when we wagged school just to see some of the Olympic events.

We were thrilled when Betty Cuthbert won both the 100 and 200 metre gold medals and Shirley Streickland got the 80 metre hurdles gold.  Then they both combined with Fleur Mellor and Norma Croker to snatch the 4 X 100 metres relay win. 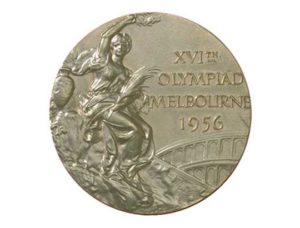 One of the most memorable athletes was theVladimir Kuts from the Soviet Union who took the gold in both the 5,000 and the 10,000 metre events.

While school excursions today often involve visiting exotic and exciting places both in Australia and overseas, it was very different back then. A bus trip to the seaside to examine the strata lines in the cliffs were about as exciting as it got.

Without computer games, mobile phones and Facebook pages we were content to play outside and many a local ashes cricket game was contested on the street where rubbish bins became wickets and bats were fashioned from scrap timber.

Sure, life was different then, but not necessarily better. We didn’t have the same access to information that today’s kids take for granted and the only fast food outlet available to us was the local fish and chip shop. I think it can be said that generally we were healthier than today’s kids and obesity wasn’t the problem it is today.

I certainly don’t yearn for a return to the heady days of my youth because much has changed since then and I believe it is important we should all learn to live in the ‘now’.

It is hard trying to keep up with today’s technology and advances in science but it can be just as exciting learning new things as it was when we travelled on the journey towards adolescence in the 50’s.

I’m Peter Mack and that’s how I feel.