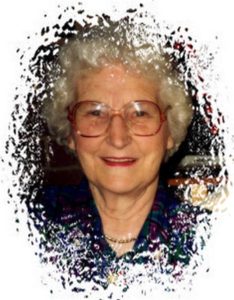 He was waiting for her on the very edge of the cloud. He could see her coming in the distance and became nervous like a young groom waiting for his bride to enter the church.

As she approached, she could see him dressed all in white with his youthful vigour and broad smile so evident. She had a quick thought that if she looked close enough she might even see his old motor bike parked close by.

She melted into his outstretched arms. They embraced. She whispered one word – “Johnny”. His reply, “Sweetheart”.

He took her hand and walked with her to help her complete her journey. Together they traversed a pathway covered in rose petals. The further they went, the more evident was the sound of the angelic choir that seemed to be following them. 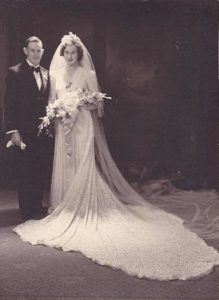 She also now saw she was once more her young girlish self and she shivered a little as she realised life was beginning again with her Johnny. He, feeling her uncertainness, comforted her with the assurance that there was so much more yet to come and to enjoy together.

Her life flashed before her. The good times, the hard times, the fun, the laughter, the tears and the sorrow. He had also been in this same situation some years earlier and had his mother and father beside him to help and guide him.

He explained to her how being a parent entitled her to so many heavenly benefits. The pain of childbirth, the caring and nurturing roles and the agony of children’s adolescence were but some of the trials faced by parents. In addition there was the constant need to dispense unconditional love, not just to the children, but to their friends and others in the family.

He told her that as a parent you automatically performed these tasks out of love and that tended to have a neutralising effect on any negative actions that might have clouded her conscience.

She was happy now, worry and pain free. She was with her Johnny and together they walked toward the Kingdom of the Most High and the everlasting love and joy that awaited them both.

I’m Peter Mack and that’s how it is.