(Our first child, Anthony, chose us as his parents)

Given up at birth he was in search of a home.

Who would want an Ant as thin as a wafer?

I know, said he, I’ll advertise in the paper. 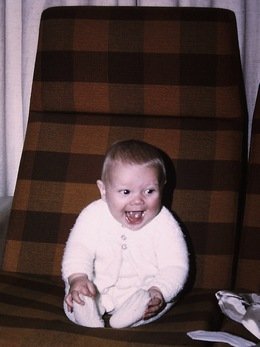 “Loveable Ant seeking a mum and a dad.

A bit of a scallywag but generally not real bad”.

So it appeared under the column headed ‘For Sale’

Two lines of type he knew would not fail.

The phone by his cot was silent for days.

He had difficulty handling these lengthy delays.

A young couple responded to the advert at last.

They looked at the Ant lying in his bed,

The bloke was tall, the lady’s hair was red.

Should I accept the first couple to see me,

Ant questioned as he eyed them wonderingly.

Will these two really look after me was his fear,

Or will they trade me in for another kid next year.

I suppose the least I can do is give ‘em a go,

I’m not really in a position to haggle you know.

So he said, “You got me fellas, I’m yours forever”.

And under his breath – “I think I’m rather clever”.

They took me home to their place in Vermont

Where there was talk of baptism in a church font. 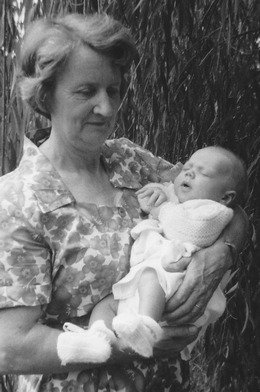 All went well till the visitors arrived,

Aunts and uncles, sisters and brothers,

The next door neighbours and two grandmothers.

They cuddled and hugged me and even kissed my bum,

I did bubbles in my nappy and was passed back to mum.

I copped all the attention and was even called mister,

Till along came another bundle they called my sister.

But without the dangly bits she’ll probably be a mother.

Being minded in a crèche was no fun at all.

Another arrival just turned up at our home

Would you believe another sister called Simone.

There seemed plenty of love for all three of us kids

Except when we messed around with the saucepan lids.

While dad and I kicked a footy in the yard.

When we went shopping I’d be on dad’s back

And I’d help myself to the fags from the rack. One day I climbed up on the roof of the shed

I knew full well what was in my head.

I thought at the time mum was out doin’ the shoppin’

So I jumped with the umbrella like Mary Poppin.

School was a pain and I often came late

Usually the last through the big steel gate.

During the short walk to school my late excuses I conceived

But my ‘being caught in a traffic jam’ was never believed.

I thought why should I study, I’ll just call the preacher

I’ll get smart by marrying Sandy my teacher.

This wasn’t to be, she was in love with another,

But she would have been a real cool wife and mother.

Mum and dad got sick of Melbourne’s cold

So they headed north, a decision somewhat bold.

To Caboolture they came to the land of carpet snakes

They said they were moving for all of our sakes.

We lived out by the river with koalas and kangaroos. 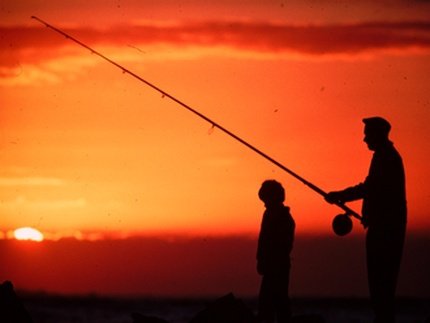 We played in the bush and didn’t even wear shoes.

We swam in the river and ate macadamia nuts

We had Captain Nemo’s ship and fun while mud sliding

We would follow the strings to presents that were hiding.

We would feed the chooks and chase the goats

And run around in the rain without our coats.

I climbed up the Morton Bay fig bare back

And the wasps at the top decided to attack.

The pain was intense but I got down some way

I don’t think I will ever forget that day.

And now sports a few tatts and a scar or two.

His future is husband, father and family adviser

There’s no doubt his experiences have made him wiser.

He thinks occasionally about his original add.

The one where he asked for a mum and a dad.

But he knows that the couple he took at first glance

Will love him forever, cause he’s their Ant’s pants.

I’m Peter Mack and that’s the way it is.