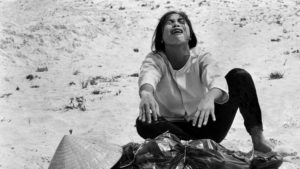 Oh my God why do you let war happen? Some people even say it is your will.  But then we are the ones who create war, not you.

I don’t believe it is your will to see thousands of people, who you have created, go through the suffering and death associated with war.  I cannot imagine it would be your will to see so many people from so many countries around the world plagued by war and political unrest.

We forget so soon that you showed yourself to us with bleeding palms outstretched, praying forgiveness for your executioners.

Even then, there were those who wanted you to establish your kingdom by force. To come as a mighty warrior and sweep the Roman Empire aside. To do that, you would have had to follow the rules of those who worship strength and force. By your actions, you showed us we cannot change the world if we abide by these rules.

You showed us love and reconciliation as being your way for the world and yet we continue to believe we can trust our armies and our bombs more than you.

To some, these armaments have become their Gods, their hope and their security.  Yet they offer nothing but destruction, oppression and death.

Help us Lord to understand your way to peace and have the leaders in our world seek peace and harmony for their people.