Was I dreaming, or did I hear the horse drawn coach approaching in the distance? I’m still not sure, but I do know I was peacefully sleeping on top of my special lookout point, high above the ground, when I must have stirred and moved.

The next thing I felt was a sharp crack on the back of my head. I meowed in fright, more than pain, and realised that my time for ’the journey’ had come.

Oh! if only you could have seen the coach that drew up beside me. The outside contained hundreds of stars that glittered in the sunshine of my back yard. The inside contained plush purple velvet seats with matching carpet on the floor. From this interior came a warm light that seemed to be inviting me to step inside and enjoy the journey.

Two beautiful white horses were in front and seemed only to be attached by a pair of golden reins. They had stopped beside me and were patiently waiting.

As I looked at the coach in amazement, I could plainly see it had a name inscribed along one side panel. It was called ’The Spirit of St. Francis’.

I looked around me and knew this would be the last time I would see, what for me, had been the most beautiful location at which to live. It was certainly a lot more inviting than what I could remember of the paddock where the old car in which I had been born lay slowly rusting away among the weeds and thistles.

I was able to look down on the river through the tall shady trees at the little wharf where the children had had so much fun with their friends from the property on the other side of the bank. I could hear the familiar sounds of the many birds that inhabited the area and behind me was the home of my human family.

Here lived my friends who seemed to radiate a warmth towards me that constantly made me aware I was loved and wanted.

While I knew in my heart that I had been truly happy here, for some reason I was excited about the unknown future that lay ahead for me. Outwardly, I said goodbye to all the wonderful things of my world and prepared myself for what would be my journey into eternity.

As the darkness of this life slowly closed around me, I felt my spirit being gently lifted up and placed into the soft interior of the coach.

The horses pranced a little and then we were off on a trip through the stars and beyond.

The trip was relatively short and I instinctively knew I had arrived at my destination when the coach slowed and gently came to a stop. Outside the coach I could hear singing and laughter and I felt a sense of happiness in the air.

A kind faced man opened the coach door. He was dressed in a full length brown outfit with a rope tied around his waist and he was wearing sandals. He smiled at me and introduced himself as Francis. Instantly I knew I liked him. I gave him a hello meow and started to purr so he would know I wanted to be friendly.

Francis gently lifted me from the coach and placed me on the ground so he could close the door and send the coach on its way. I smooched around his bare ankles, warming them up for him, just like I used to do for my family back on the farm.

He looked down at me and thanked me for my concern as he picked me up and welcomed me to what he referred to as ‘The Court of the Most High’. He told me he was going to help me through what would be the final stage of my journey.

Just then a big gong sounded and all went quiet around me. Uncertain as to what was happening I stayed close to my new friend Francis. 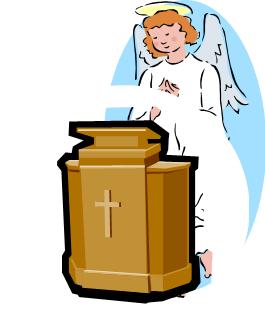 In front of me I could see an Angel behind a desk that had a cross on the front of it. With all these things happening around me I thought it was odd that I did not feel at all scared.

Francis was the first to speak. “Recording Angel, I bring before you another of my special animal friends”.

The Recording Angel looked over at me gently nestled in my new friend’s arms and asked for my name. Francis turned to me, placed me on the ground and said, “Tell the Angel your name little one”.

I looked up at Francis and then at the Angel and quietly announced that my name was Spook.

“Ah, ha”, muttered the Angel as she thumbed through what appeared to be a well used massive volume. I could hear her muttering names as she progressed through the alphabet.

Under the general heading of ‘Cats’, there seemed to be pages of Felix’s, Garfield’s, Puss’s and Puddles’. Then I heard her mention names starting with ‘T’. Under this category came the Tabby’s, Tiddles’ and Tom’s. There was more muttering and licking of fingers as the Angel flipped through more pages until at last, with a sigh, she exclaimed she had found it.

“No wonder I had difficulty finding your name little one as there is only one Spook in the book”.

Armed with this information, the Recording Angel stepped out from behind her desk and after inserting a feather from her wing to mark the page, she closed the big book, gave it to Francis to carry for her and asked us to please follow her.

We were led further into the Court of the Most High and then through large double doors on which was a sign that read, ‘You are now entering The Court of Life and Death Decisions’.

Now this was starting to get scary for I had no idea why I was here, nor where I was being taken. I just felt comfortable and safe knowing that Francis was with me.