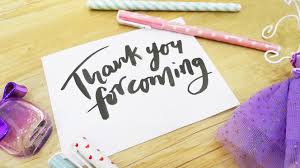 There was once a man who was nearing the end of his life.  His had been an interesting life and he’d made many friends.  But he was sad, for although he was prepared for his death, he wanted so much to still be with his friends.

He decided he would have to leave behind him a souvenir that would enable them to remember him as their friend and brother.

He sorted through his few possessions to find something that would be suitable, but what he had didn’t seem to have any lasting value.

He went into the city, hoping to find something appropriate at the souvenir shops where tourists buy the usual array of wipe up towels, drinking vessels and togas with the ‘been there, done that’ messages.

He went home empty handed in the evening, still determined that if he was to leave something behind, it must have some lasting significance.

That night sleep didn’t come easily.  However, by early morning he’d made up his mind exactly what he would do.

His friends loved to be together to celebrate their friendship, so he arranged a dinner, all at his expense, and invited just those whom he most wanted to remember him.

He explained to them during the course of the dinner how important they were to him and how he wanted so much to give them a souvenir or some gift that would keep him in their memory.

He then gave them Himself on Holy Thursday Night. this was the ultimate souvenir.